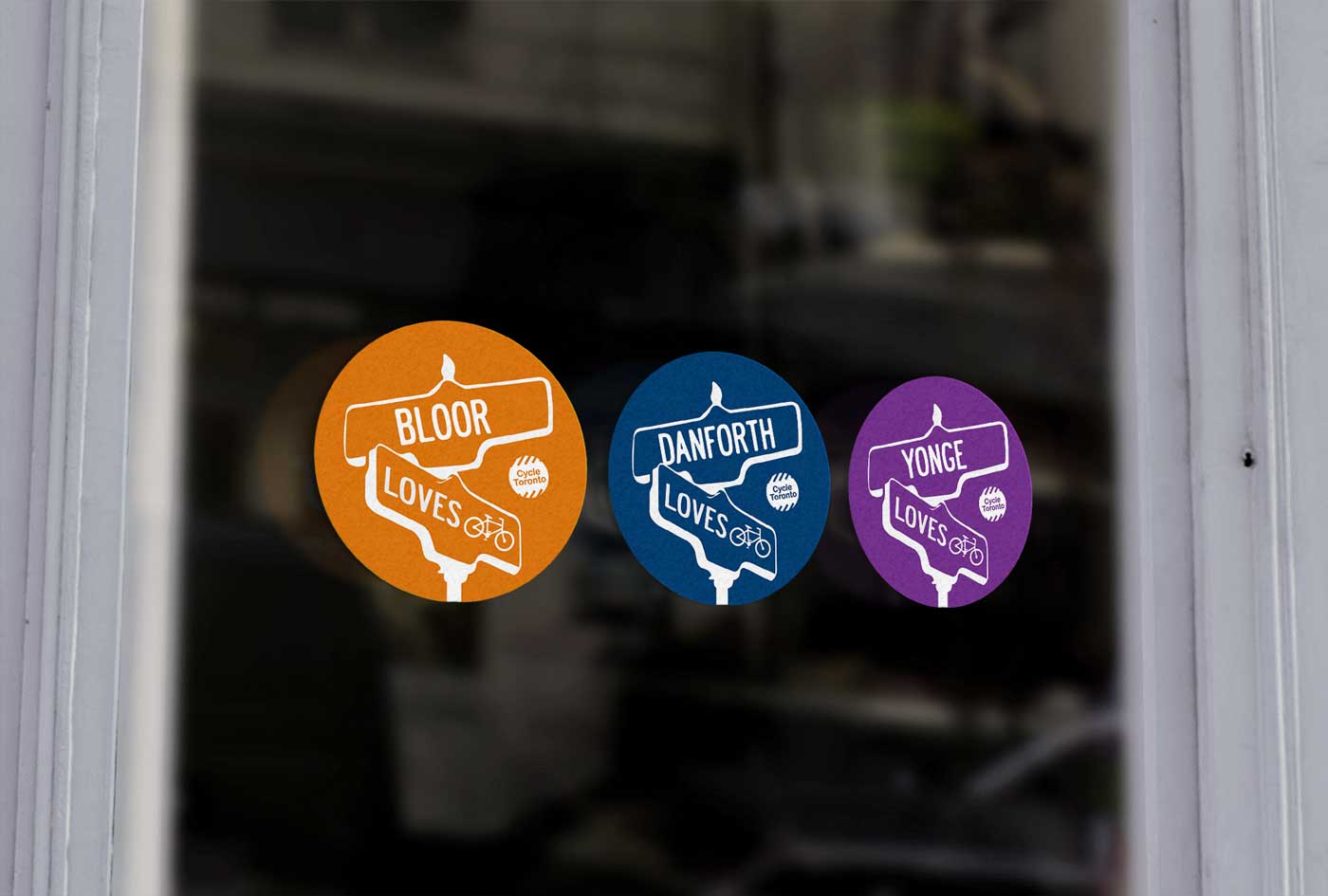 A complete visual identity design for a cycling advocacy campaign

As part of the #minimumgrid campaign, Cycle Toronto wanted to advocate for cycling infrastructure to be built on major arterial roads. The “Loves Bikes” campaign allowed local community members and residents to visibly show their support for bike lanes on each of these roads by displaying a “Loves Bikes" sticker on their bike or window, with each road having a different colour to represent its campaign.

As Bloor Street, Danforth Avenue, and Yonge Street are arguably three of the most widely recognizable streets in Toronto, we decided that there was no better way to highlight their rich history than by basing the iconography on the iconic Toronto "acorn" street signs, which date back as early as 1947.

Out of this initial sticker concept grew a series complementary postcards, websites, infographics, newspaper ads, and branded cycling events—there was a lot of love to show! One of the best things about this campaign has been its longevity and ability to evolve. As new roads become the focus of their advocacy efforts, the original acorn sign icon can still be utilized, allowing the branding to remain cohesive and highly recognizable throughout the city.

*this project was completed while under contract with Cycle Toronto*